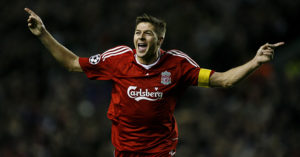 I realised that in my last blog post that I created, I spoke a bit about the history of Liverpool as a city. In the post before the last, I also spoke somewhat about Liverpool FC, but I hadn’t had a chance to ask some of my readers to send their comments about what they think of the club. That does mean I only want to hear good thoughts whether you support the club or not however! The club has been through some large ups and downs throughout the years, and there are a variety of differences that have been clear throughout the years. The largest difference that I have seen throughout the years is the lack of a midfield presence since Steven Gerrard left. While we still have someone like Jordan Henderson, we don’t have a player that has lived for the club since they risen through the ranks. I hope we get to see someone similar soon.

I also wanted to speak somewhat about the recent industry boom in carpentry. There is a significant increase in carpentry and woodworking projects around the city, and my company is getting a large volume of calls daily. There are some days where we are called by 5 or 6 home owners for the creation and installation of built in wardrobes or furniture creation that is unprecedented in the last few years. I think a factor into the creation of furniture and wardrobes rather than the purchasing of the pre-built projects are partially due to the increase in tax and VAT, let alone the increase of prices for the products itself. This means that a customised and specialised piece of furniture that is created just for you is cheaper than purchasing pre-built products instead.

I hope you enjoyed today’s blog post. The post itself is quite short because I want to ask my readers some questions. The first question is; if you have ever contacted a carpenter to create your furniture and why? The second question is who you think will improve Liverpool within the next few years.

Thanks for reading! Make sure to read some of the past posts, and some of the future ones too! Have a good day!